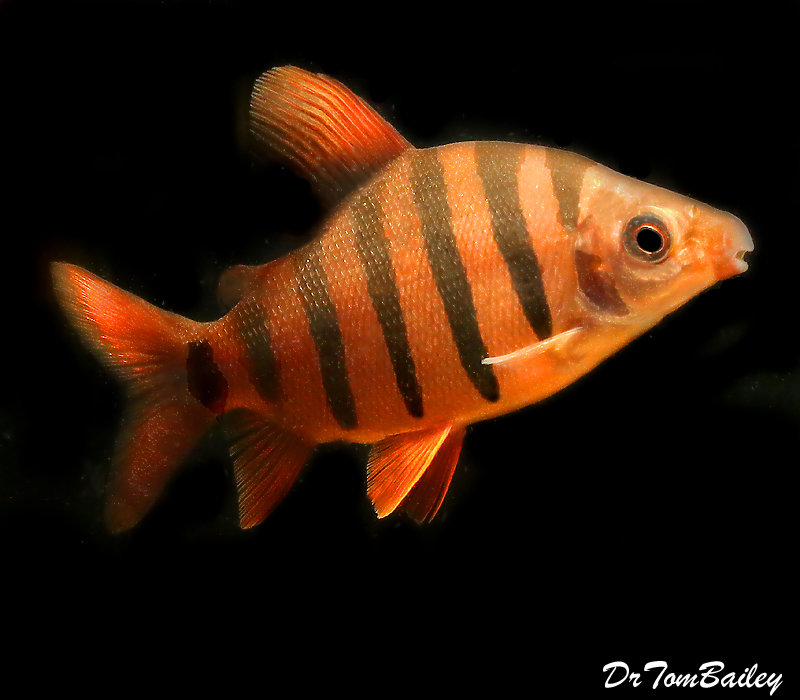 Above: a beautiful premium quality Distichodus Sexfaciatus with magnificent pattern and colors, swimming in one of our aquariums, when one of us snapped this picture.

The water temperature should be between 75 and 80 degrees F.

Eventually a Sexfasciatus will need a much bigger aquarium.

The Distichodus, shown in the picture above, lives in a very large aquarium with Congo Tetras, several African Black Knifefish, Kribensis Cichlids, and several species of Synodontis Catfish.

Size and Lifespan: Sexfasciatus are said by others to grow to at least 30" long, but we have never seen one longer than 15".